Anyone Can Do Math 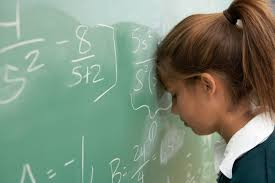 During Grade 11, she failed math twice; and on her second try, she just gave up right before the exam! She believed that she was one of those people who was just not a “math person” and that she could never do it. However, her parents never gave up on her and decided to put her into another school where her teacher didn’t believe in the whole concept of a “math person” and thought that students were human beings, capable of anything they set their minds too. With that philosophy in mind, she received 99% that year! She now has her Masters of Math Education, is now the director and founder of The Math Guru, and has been on the show: Canada’s Smartest Person: Season 3. 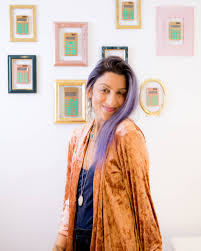 Vanessa Vakharia, Founder of The Math Guru and Author of "Math Hacks"
https://style.ca/leadinglady-vanessa-vakharia/

There are multiple reasons behind her success, the first being her parents. Her parents never gave up on her even when she did. They sent her to a different school while trusting in her abilities to succeed! Another reason for her success is because she never gave up. She persevered, followed her teacher’s philosophy, as well as her teacher’s beliefs that there is no such thing as a “math person”.


When I was in Grade 7, I started believing that maybe people were just born with the ability to be great at math. Maybe they just all had that gift, and I was that person who was only good at things that didn’t require arithmetic, or calculating the volume of 3D shapes! The society also shaped my perspective that not everyone was meant to be good at math. The movies and books sometimes told me that only people with an Asian background were good at math, and everyone else was either average or bad at it (because I’m Asian that made me feel sad for some time as I wasn’t good at math, and I rarely had the marks my parents wanted). That was the year where my marks fell a bit, and my parents decided to start sending me to tutoring for a while. Now, I can see for myself (and I hope that you can see it as well) that there’s no such thing as a math person, that anyone (and I mean anyone -even I) can be good at math, and it’s all thanks to Vanessa Vakharia for her achievements as well as her story that’s helped us realize this.